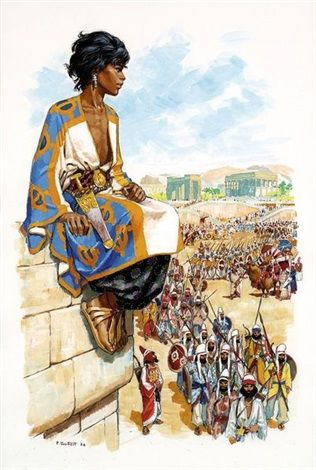 Abbasids and influences of Iranian culture

Officially came to power in 750, the Abbasids disappeared, victims of the Mongols, in 1258. By the middle of the 10th century, they were no longer sovereigns of the Muslim world except by name, and the new masters only left them with fairly limited spiritual power. , with the prestige of being caliphs, successors of Muhammad at the head of the Muslim community, the umma. They have fully completed their work, but they have done it so well, it is so solid, that the impetus given will continue for a millennium and will survive for the most part. Besides the fantastic development of science and culture in general, we will especially remember their reign; the development of religious feelings and wealth, the brilliance, the pomp, the frantic search for pleasures, the imitation of the Roman and Byzantine splendors as well as those of the old monarchy of the Sassanid Persians taken as example by the court.

The main beneficiaries of the “Abbasid revolution” were the Iranians. They are given wages by placing them in positions of trust, by putting the control levers in their hands: the Barmakids are called to function as viziers, whether or not they bear the title; the capital of Damascus is transferred to Baghdad.

The role of Iranian culture in the formation of Islamic art and civilization, almost insignificant in Damascus, is increasing. The Persian, dethroned by Arabic, manages to survive, while in Syria, Iraq, Egypt, the Greek and the Coptic disappear almost completely and in the Maghreb the Berber loses many of its positions. From the 9th and 10th centuries, the Persian returned and triumphed with the masterpiece of the Chah-name of Firdusi, called the Homer of Iran, but which would rather be the Dante, because, like him , it ensures the existence of a vernacular idiom against an official and sacred language.